The History of the Plymouth Philatelic Society

The Society is one of the oldest Philatelic Societies in Britain, and is purported to have been founded in 1876. Founder members are believed to include Major E.B. Evans, R.A.. and Commander A.F. Gibbons, R.N. (Brother of Edward Stanley Gibbons, who had started dealing in stamps from his father’s chemist shop in Plymouth). The claim to have been founded in 1876 was initially stated in the Society’s 1938 Rule Book. Most other historical records of both the Society, and Plymouth’s newspapers, were destroyed during the blitz in the 1940s. In the archives of the Smithsonian Museum, “The Philatelic Record” journal recorded in Feb. 1892 that the name of our Society was formalised, as pictured.

Images of both sides of a postcard, as used to call members to meetings. We have a a few B/W pictures of used examples. We also have a Rule Book, dated 1898.

The Society was placed in abeyance in 1914, as members dispersed to take part in the war efforts. It appears to have been reconvened in 1926, as recorded in the the local newspaper.

The Society was again placed in abeyance in Sept 1939, because of WW2, but was re-started by the pre-war Officers in 1946, with about 100 members, and we have paper records of its continuing existence since then. 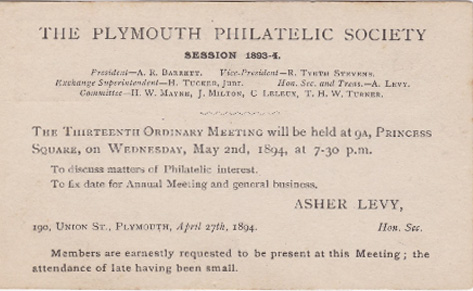 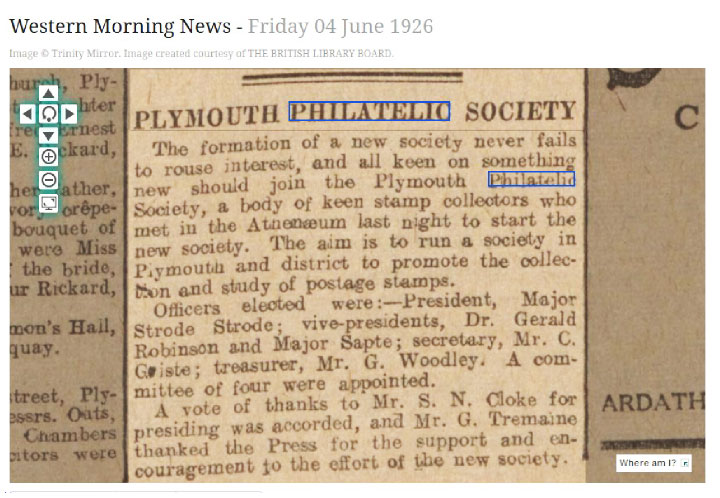 In 1976, it celebrated its Centenary by issuing a commemorative booklet of the then current GB Machin definitives, four black 1½ p and four green 2p, which are familiar colours to Plymouth Argyle FC fans.

The Society hosted an Exhibition in Plymouth in 1951, and has held several since, including The Mayflower 350th Anniversary (1970), and is planning to host another in 2020 to mark the 400th Anniversary of the Mayflower’s final departure to the “New World” in 1620. The 1970 programme & cover design were by former PPS Chairman Robin Occleshaw,.

The Society hosted the 58th Philatelic Congress of Great Britain (1976), and the Armada 400 (1988), with programme & cover design by former PPS Chairman David Chamberlaine. 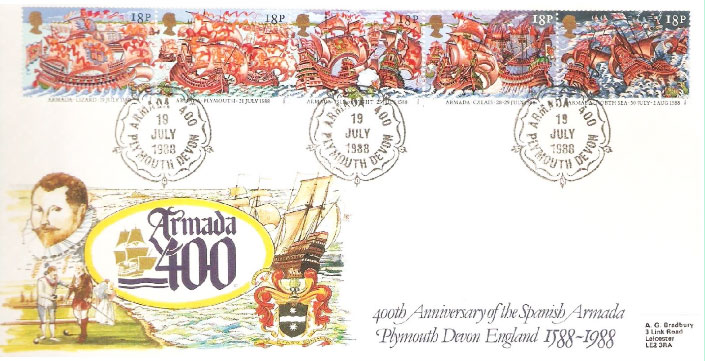 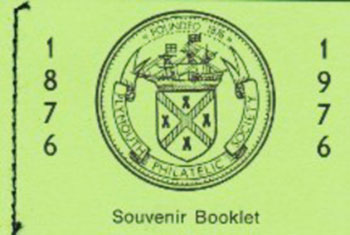 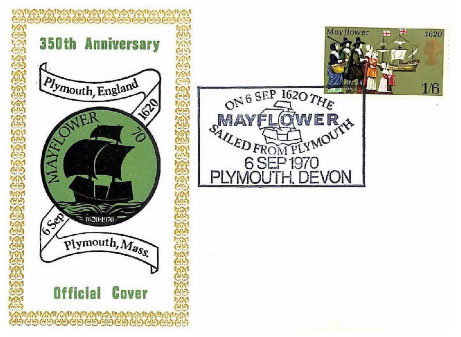 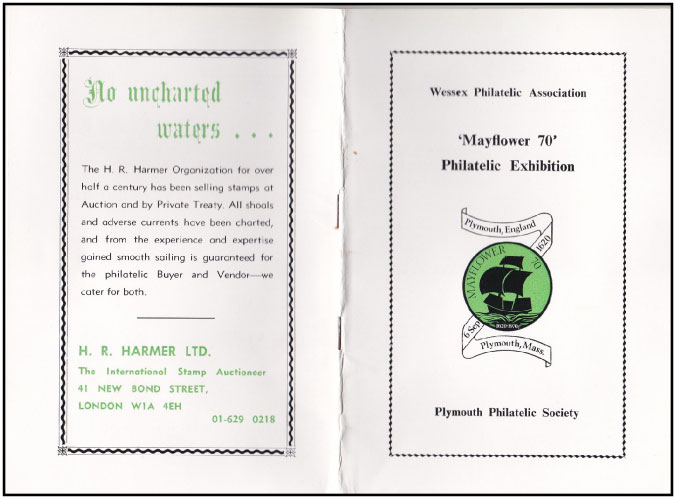 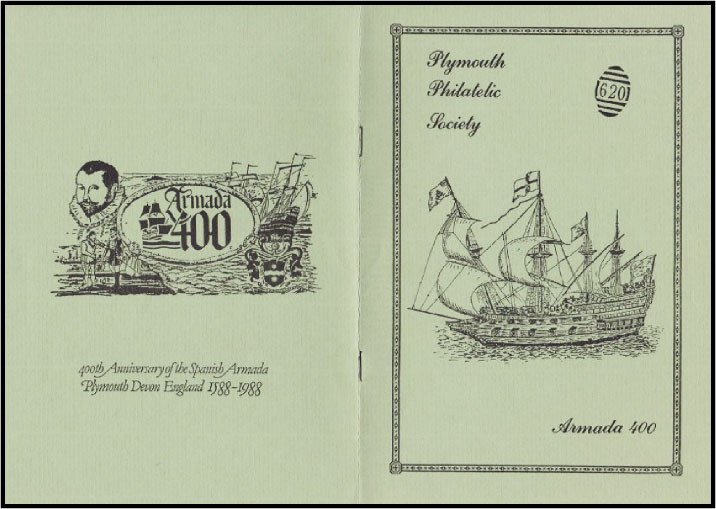